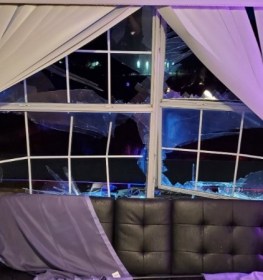 The McKinney Fire Department is investigating a reported explosion that occurred at an apartment complex on New Year’s Eve.

At 6:30pm, McKinney firefighters responded to the Kinwood Apartments, 3300 N. McDonald Street, for reports of a fire and explosion. Firefighters located signs of an explosion, but no fire. Fire sprinklers had been activated by the blast.

The explosion blew out the windows of the apartment unit. Two people inside the unit suffered injuries, but were both treated at the scene.

McKinney FD is working to determine the cause.