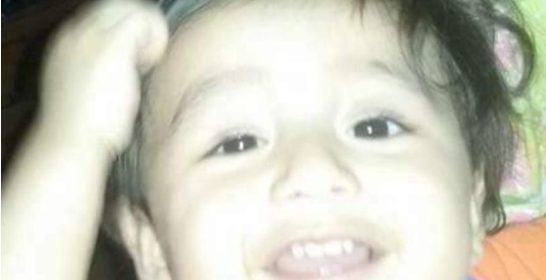 The Dallas Police Department needs our help in locating a missing 4-year-old.

Dallas police say Fermin Fuentes, white 4-year-old male, was last seen tonight (Sunday) around 6:00pm in the 2200 block of S. Buckner Blvd. The young child was inside of a vehicle that was stolen.

He is a white male aged 4 with black curly hair and brown eyes. He is approximately 3′ tall and weights 45 lbs. He was last seen wearing a grey shirt and brown shorts.

The vehicle that was stolen is described as a silver 2006 Ford 500 with Texas license plate BRR1097. The vehicle has a Texas Rangers bumper sticker on the truck.

If you spot the missing child or the vehicle, call 9-1-1 IMMEDIATELY. It is not known if an Amber Alert has been issued.

*UPDATE – Police have located the vehicle. Child is still missing. Dallas Police Air-1 is over the scene where the car has been located off Murdock Road in southeast Dallas.

Update – An AMBER ALERT has been issued.

UPDATE: Fermin Fuentes has been located and is safely with his mother, according to DPD.

Update from Dallas PD regarding the Amber Alert

“Fermin Fuentes has been located and is safely with his mother. During the course of the investigation it was determined that the father, Mr. Fuentes, had inconsistencies in his report of the incident. It was initially reported by Mr. Fuentes that the mother was in Mexico with no way to be contacted. After further investigation the mother was located with the child in her custody. It has been determined that Fermin Fuentes was with his mother and was never in any danger or in the vehicle when it was initially reported stolen. Mr. Fuentes has not been taken into custody at this time and it has yet to be determined if Mr. Fuentes will be changed with an offense.”