Man struck, killed by vehicle on 114 in Westlake 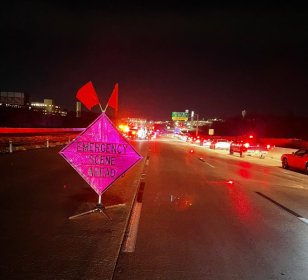 The Keller Police Department is investigating a fatality accident that occurred late Friday along the westbound lanes of Highway 114 near Kirkwood Blvd.

Just before midnight, multiple agencies were dispatched to the highway for a major crash. Upon arrival, officers located a deceased man laying in the roadway.

It was determined the man had been struck by a vehicle. Paramedics pronounced the victim deceased at the scene.

At least one driver stopped at the scene.

All westbound lanes of 114 were closed at Kirkwood while police investigated the scene.

The accident remains under investigation.